The Biggest mistake I made showing up

Hi gorgeous one, Luanne Mareen here and I help coaches, healers, counselors, mystics, all these beautiful people get on purpose, create a business from it and stand in their presence and help them show up in the world.

So, I want to share today one of the biggest mistakes I actually did when I first started on this journey kind of like 10 years ago. And that number one mistake that I did is that I had to be really nice. And I didn’t want to upset anybody with my message to the world.

So way back then I had a business called Goddess Playshops kind of like a bit of a different industry let’s just say that and it was women circles and we would come together, we do the chakras, we would have some fun, it was quite light but there was also some opportunity for the women to go to do. But in promoting that, I was like, actually in anything I was promoting, I was like I had to be perfect, I had to say the right things, what if people don’t like that word Goddess which actually came to a shock to me because there were a lot of women baxk then who were triggered with the word Goddess. Absolutely triggered like no I don’t want to work with her and that’s okay. So, back then it was okay let’s keep it nice and safe and it wasn’t until  until I actually attended a speaker training with actually the Groovers, and Data Groover, I love that man, he’s an amazing speaker coach and we had to get up and do this kind of 30 minute speaking things. So we had to get up and he would give us, he would critique us or give us some feedback and I got up and  you know I’ve been speaking for a little while, I’ve done some other courses where you even learn to you need to go on this side or anchor the person there and then you walk over here and that will anchor them there. So I had all these going on in my mind plus I had, I feel like I had to say the right things that will help people make a choice or to come on board with me. So I got up, there’s Data on the other side there and I was crapping myself. It was in a room of about 20 women, all very safe with me we’ve all done this whole workshop together for 3 days so you know, I didn’t need to feel really weird standing up there but I did, I was terrified. So I got up there, I said my bit it was kind of perfect in my mind and I got to sit down I went and wipe up the sweat. But what happened was that in my critiquing of that, beautiful Data came up to me and said “Well it was really nice but this could actually help your speaking. You could actually make mistakes and you cold actually be a bit more edgier.” And I am like what? What did you say? And he said “Yeah, make a mistake, or in my words F it up.” He didn’t actually say that to me but in my mind I’m not effing this up, it has to be perfect and some people might, if I go to my edge, what is my edge? Which is actually my word for this year. So I did change that around and I got up the next time and kind of got a little bit angry or what I said was actually a little bit deeper than what I had said before because I didn’t, this is a place where I can practice with that, this is a place where I could say my piece. And then I started showing up in a different way in the world.

The other thing that happened, more people got attracted to me. So like where there was a void where that person left, more people came in that were like “oh now I can hear her, now I can see what she’s really about and that’s the person I want to work with, that’s the one who can help me.”

The other thing was that it wasn’t so bland. Right? Everything that I was saying was really nice and especially when you get in the healing world they use words like authentic and speak your truth which is totally fine, I absolutely resonate with them I’m not putting them down but there was some big words sometimes I don’t even know what we’re saying. Like I would go into different circles and I love being in circles but the woman like the teacher would say and I’m like whoah that feels really deep right now. I know I should know what that means but I have no effing idea. So I would actually ask them what it was and the reason I’m saying that is its just I’ve got to learn to use just normal words. Normal words that actually landed with another person.

So that was just some of the things and that was my biggest mistake that everything had to be perfect, that I had to please everybody, that I didn’t have to upset anybody when really, do you know what, the more people you upset  and in a good way the more impact you’re making. So I do hand analysis, I work with people with their finger prints and their purpose and sometimes, well actually a lot of people who come to me have what we call spotlight like out in the world, they need to do videos like this, they’re here to do speaking, they’re here to do teaching. And one other thing is kind of what this video is about is they’ll say something and its like they’ll hideout so they won’t say anything and then I’m like do you know really what’s going to work here is that the more people you upset, the more comments that you get that are kind of negative on your Facebook feed after you’ve done a sharing, the more impact you’re making.

Now, I don’t mean to go out there and just say random shit that people are going to take you. Not that way. But standing in your power, being authentic, and speaking your truth in a way that people can land, being a little bit edgy, don’t be bland, and people will notice you, and your message will help, and you can serve more people when you’re strong in that.

So that’s my rant for today, I went a little bit longer than what I needed to but again I don’t have to apologize for that. So I hope you watched the end.

Now if you liked this video I want you to go over to my website luannemareen.com and I’ve got a quiz there. So there’s a quiz there that will give you your path to purpose, there’s 4 different paths, you can check the path of love, the path of service, the path of wisdom and the path of peace. Which one are you? Whhy would you even want to know that? Because each one has their spiritual promise, a spiritual commitment and a cold fear. And it’s a flavour of your life right. So sometimes we go down one lane thinking this is how I should be when really that’s not your path. It can save you time, clarity, money, stress. So go ahead and do it, it’s totally free and let me know what you think of it, what you do, see I get very excited, but I’m allowed to make mistakes. What your path is send me an email, I hope you enjoy that, many blisings bye for now. 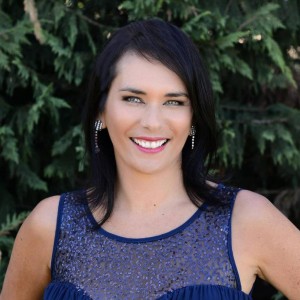